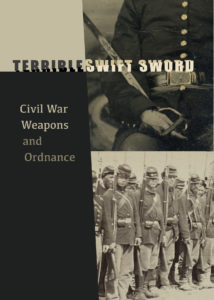 Join us for the opening of our new exhibition showcasing some of the most significant Civil War-era weapons and armaments in the Fifth Maine Museum collection.

The culmination of several year’s work, the exhibit features weapons carried or collected by the soldiers of the Fifth Maine Regiment, one of the Union Army’s most celebrated fighting regiments.  The objects include muskets and a pistol, a Navy carbine, a bayonet, swords, shells, and projectiles. They represent both the Confederate and Union armies.

The exhibit is guest curated by Eric Champigny, a Civil War researcher, collector, and author. 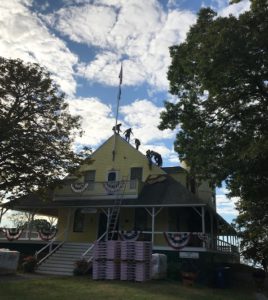 Last year we set out to replace the entire roof of the Fifth Maine Museum…and WE DID IT!!!

Now it’s time to celebrate and thank everyone for their support!

Please join us for our Raise the Roof THANK YOU BAR-B-Q!!

We’ll have the grill going, the music playing, and lots of time to catch up with friends and neighbors.

We hope to see everyone there! 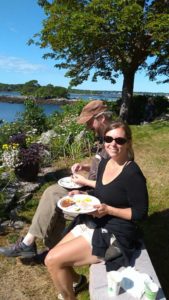 Please join us for pancakes, eggs, ham and more! including gluten-free pancakes.

Come and enjoy great food, great company, and a great view from the scenic porch of the Fifth Maine Museum. A perfect way to start a Sunday in Maine! 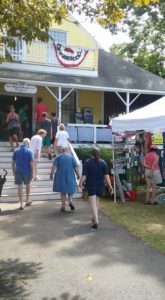 Browse the beautiful, handmade items for sale by 35 artists and craftsmen. This annual Fifth Maine Museum fundraiser also features hot food off the grill (hotdogs, hamburgers, and veggie dogs), a bake table groaning with yummy desserts and a 50/50 raffle – you could go home with more cash than you came with!

In conjunction with our 1970s exhibit, we will host a discussion panel with audience participation. The moderated presentation will feature longtime residents who will answer questions about life on Peaks Island during the 1970s. A reception with light refreshments will follow.

Not a member?  Sign up today — members are the life-blood of our organization.

The public is invited to attend a lecture by Dr. Ian Stevenson, Boston University history professor, in which he will discuss Civil War Regimental Cottages in Casco Bay, including both the Fifth Maine and Eighth Maine on Peaks Island. Light refreshments will follow.

Drinking wine. It’s a tough job, but someone’s got to do it. And this time, you can do it for the Fifth Maine. Layne Witherell, author of “Wine Maniacs,” will lead us on a fun romp through a series of red wines with a Civil War-era connection. Space is limited to 20 guests. 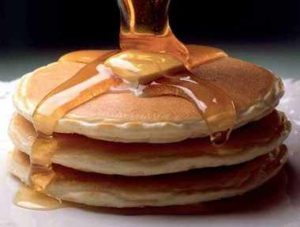 Please join us for the first Pancake Breakfast of the 2019 season, part of the PeaksFest celebrations!

Come and enjoy great food, great company, and a great view from the scenic porch of the Fifth Maine Regiment Museum. A perfect way to start a Sunday in Maine!