Unveiling the new Peaks Island in the 1970s exhibit 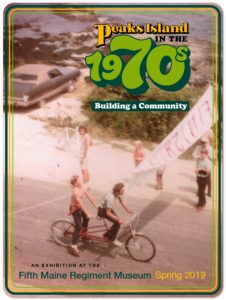 The Fifth Maine Museum’s new exhibit, Peaks Island in the 1970s: Building a Community, opened to rave reviews during Peaks Fest. The exhibit displays previously unseen pieces from the museum’s collection, as well as photographs and objects borrowed from community members who lived on Peaks Island during the 1970s. 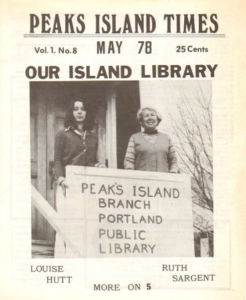 Among the islander contributions is a scrapbook of newspaper articles from Reta Morrill. The articles document the numerous captains’ strikes that plagued Casco Bay Lines at the time and the islanders’ concerns about ferry service disruptions and bankruptcy throughout the 1970s. These problems led to the formation of the Casco Bay Island Transit District through emergency State legislative action in 1981.

Bill Hall, president of the board of directors of the Fifth Maine Regiment Museum, says the close-knit Peaks Island community has embraced the exhibit. “The Fifth Maine Museum is committed to preserving and showcasing Peaks Island history, even recent history. We continue to add to our collection and rotate artifacts in and out of display so that visitors can see 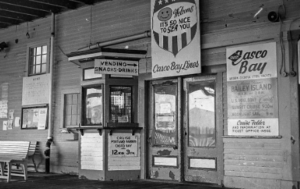 something new each season,” says Hall.