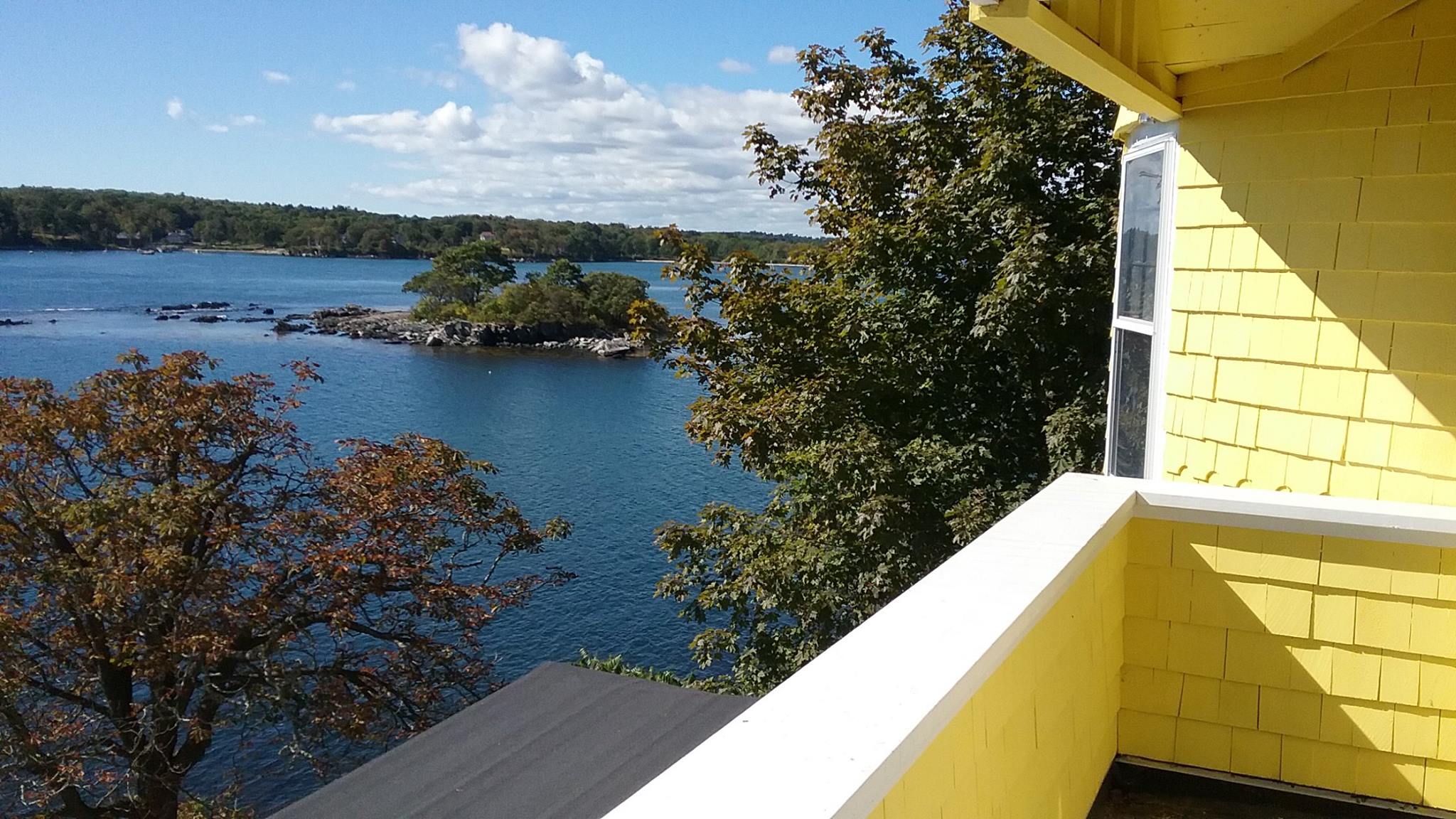 The Fifth Maine Memorial Hall, home of the Fifth Maine Museum, commands a rocky sliver of land overlooking Ryefield Cove, Whitehead Passage, and the famous Whitehead Cliffs on the eastern end of Cushing Island. These cliffs, which feature the profile of a human face when seen from the right angle, rise over 100 feet straight out of the ocean, and are one of the highest points in Casco Bay. In the late 19th century, they were a trendy subject for landscape painters and photographers to capture. 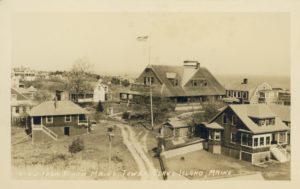 View from the Fifth Maine tower, circa 1910.

When the building opened in 1888, one of the best places to admire the view was from the top of the three-story tower, the upper portion of which featured an observation deck that was open to the elements. Sometimes known as a “belvedere” (Italian for “fair view”), these open towers were a favorite feature of architects designing Queen Anne buildings, especially in scenic coastal areas. The Fifth Maine around the time the building opened in 1888.
People are visible in the open-air observation deck at the top of the tower.

Eventually, the observation deck was accessed from an external staircase that was little more than a ladder, but in 1888 no such staircase is visible so there must have been an interior access point. Research continues to figure exactly where that was in the building.

The open deck was enclosed sometime in the early 20th century, probably around 1915 judging from the photographic evidence available. Why the veterans made this decision is a mystery. Safety concerns and the effects of the weather may have been factors. 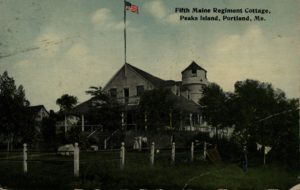 The tower enclosed, circa 1915

The inside of the tower is still accessible through a hatch in the side wall. The carved upright supports are still in place, and the view is still spectacular. 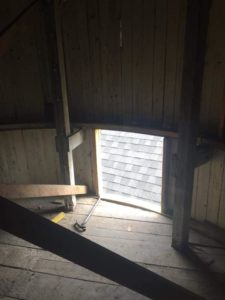 The hatch inside the Fifth Maine tower 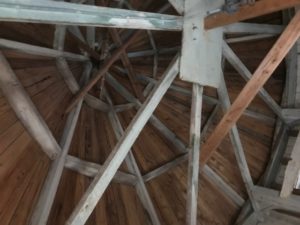 Interior of the Fifth Maine turret, circa 2018. 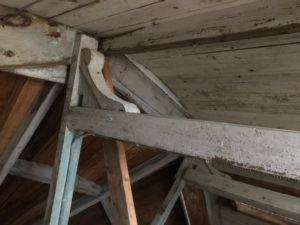 Original decorative bracket seen from inside the turret. 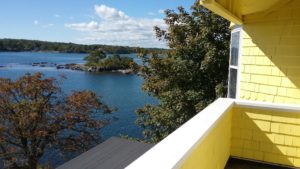 The view from upstairs porch,  just outside the tower.
Still spectacular!!