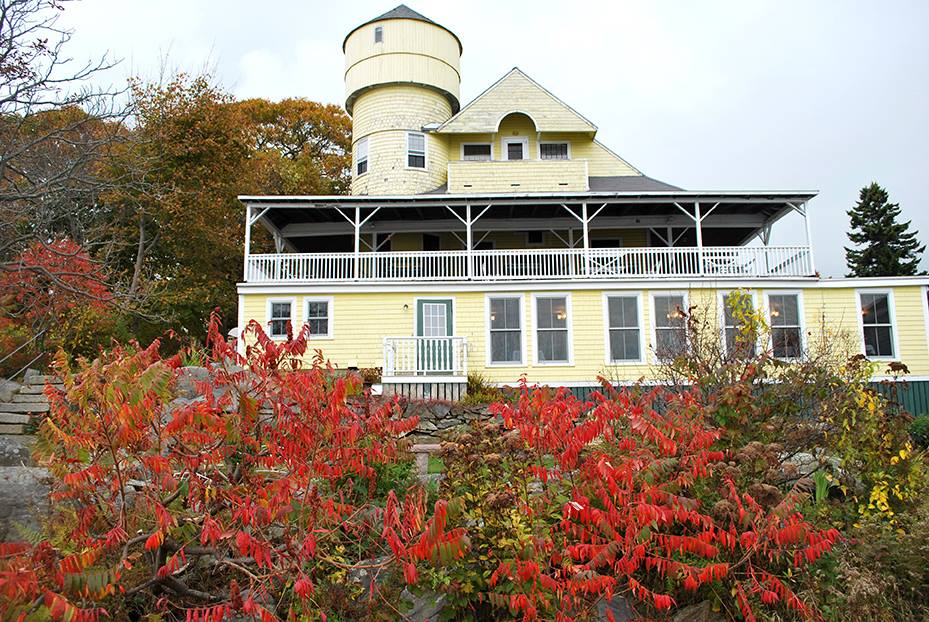 The Fifth Maine Memorial Hall sits on a sliver of land just one-third of an acre in size. The southern boundary is essentially the ocean itself, which is so close that the waves toss rocks up onto the lawn from time to time. 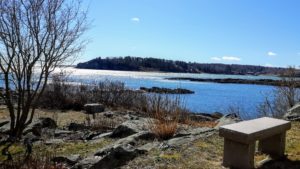 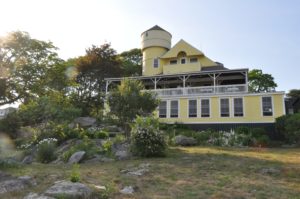 Many people don’t realize that behind the building, tucked in between the museum and the ocean, is a meticulously designed seaside garden. It is completely hidden from the street.  Landscape drawings in our collection reveal the careful planning that went into this garden. Each plant, tree, and shrub’s tolerance for sun and proximity to the salty ocean air are precisely noted, as well as their appeal as deer food! Plants are grouped by color and size, and flow around the rocky outcroppings that comprise much of the area. 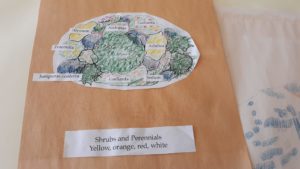 Site Plan for the Seaside Garden, undated, circa 2000? 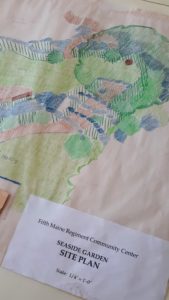 Detail from the Site Plan for the Seaside Garden, undated, circa 2000? 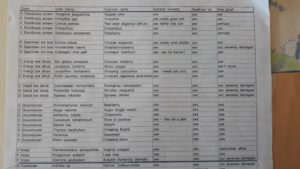 A simple granite bench stands in the center of the garden, dedicated to Margaret “Peggy” Harmon (1918-2010), who was the longest serving board member at the Fifth Maine Museum, and was instrumental in saving the building from ruin in the 1950s. Peggy grew up across the street, and personally knew some of the Fifth Maine Regiment veterans, including General Aaron Daggett, who died in 1938. She volunteered at the Fifth Maine for over 50 years! 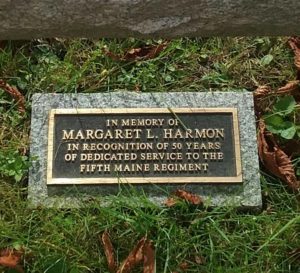 Plaque for Peggy Harmon bench, circa 2010

Today the garden is professionally maintained by Peaks Island landscaper, Lisa Lockhart, and her crew. It is beautiful year-round, including in winter when the underlying structure of the trees and shrubs is revealed. Like our magnificent porch, the garden is “open to all and always open,” so stop by and take a look, regardless of the season. 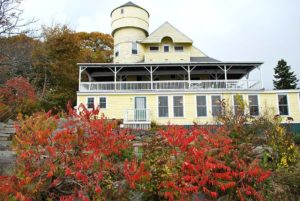 ← What a view!
Island Hopping: The Interconnected Families of Monhegan, House, and Peaks Islands →