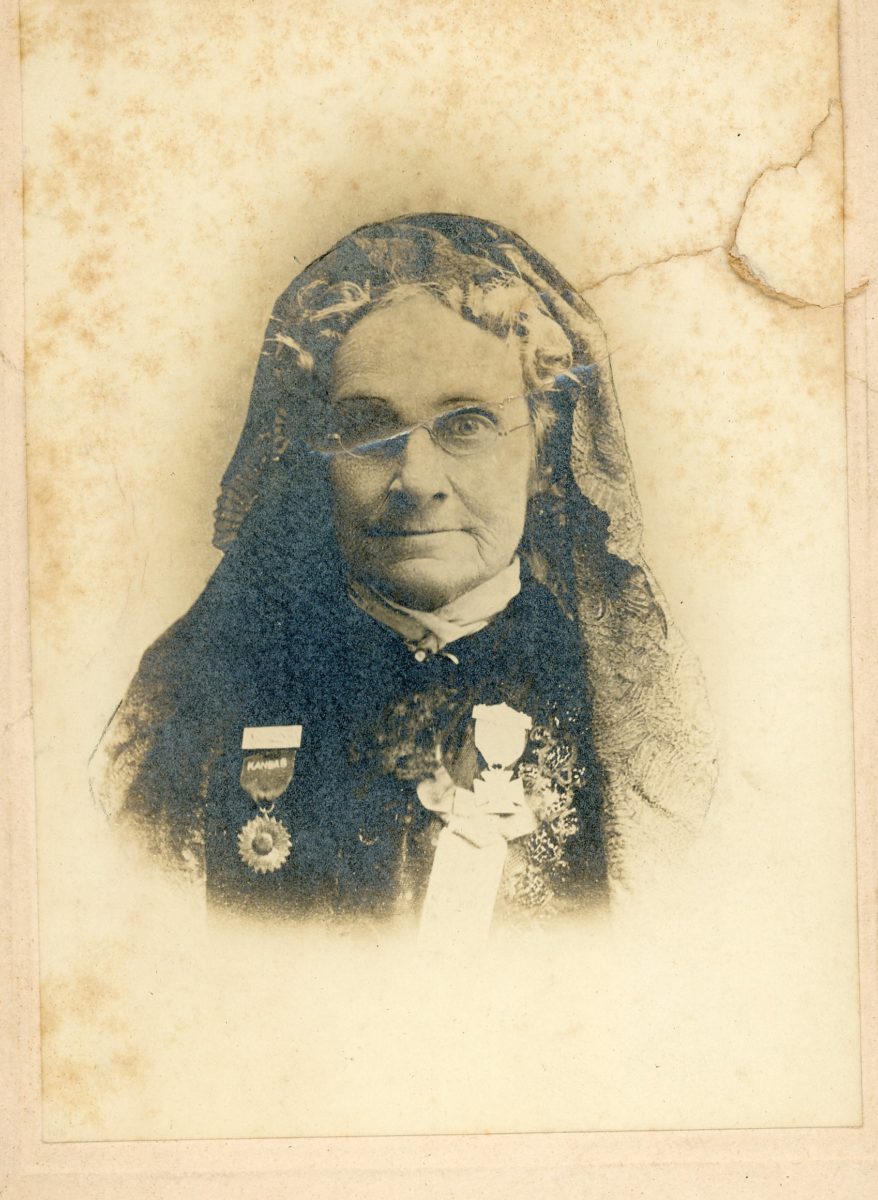 The National Association of Army Nurses of the Civil War collection at the Fifth Maine Museum is a fascinating look at women’s struggle for recognition for their service in the Civil War. 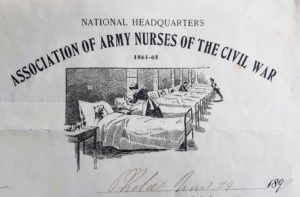 Engraving on the Association’s letterhead, 1899

The group was founded by Dorothea Dix (a Maine native) in 1881. Dix served as the Superintendent of Army Nurses during the Civil War.  Thousands of women served during the War, most with no prior medical training.  They learned as they went, and often endured hostility from the male surgeons they worked alongside. Many were injured on the battlefield, and some were disabled for life. 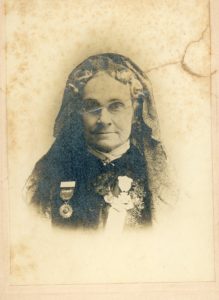 Mrs. Elmira Spencer, injured by a bullet during the War 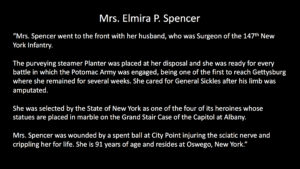 Excerpt from In honor of the National Association of Civil War Army Nurses,
published in 1910 for the 44th National Encampment of the Grand Army of the Republic.

The Association served a social purpose. Participants met annually in Washington D.C, and sometimes joined the Grand Army of the Republic “encampments” around the United States in the late 19th and early 20th centuries. Members had to have served in the War for at least three months, in either a paid or voluntary capacity. Documentation of their service was a requirement of membership.

Crucially, the Association lobbied for nurses to receive tangible benefits in the form of government pensions. In 1892, Congress passed the Army Nurses Pension Act, granting some nurses a $12 per month payment. They also pushed for permission for all Civil War nurses to be buried in national cemeteries, such as Arlington National Cemetery in Virginia. 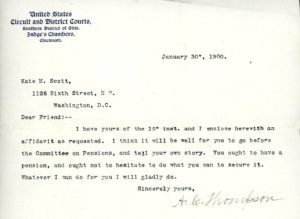 Letter in support for pensions for nurses, 1900

A book honoring the Association’s members was published in 1910. The National Association of Army Nurses of the Civil War disbanded in 1931 when only a handful of members were still living. 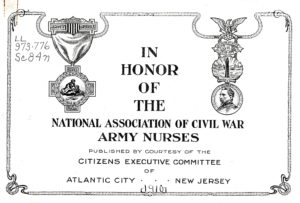 For additional information about the various contributions that women made to the Civil War effort, visit our research library on the second floor of the Fifth Maine Museum. The Fifth Maine has several books that highlight roles women played during the Civil War, including Lynda L. Sudlow’s book, A Vast Army of Women, that focuses specifically on the women of Maine. 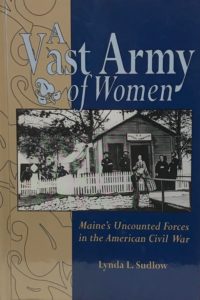