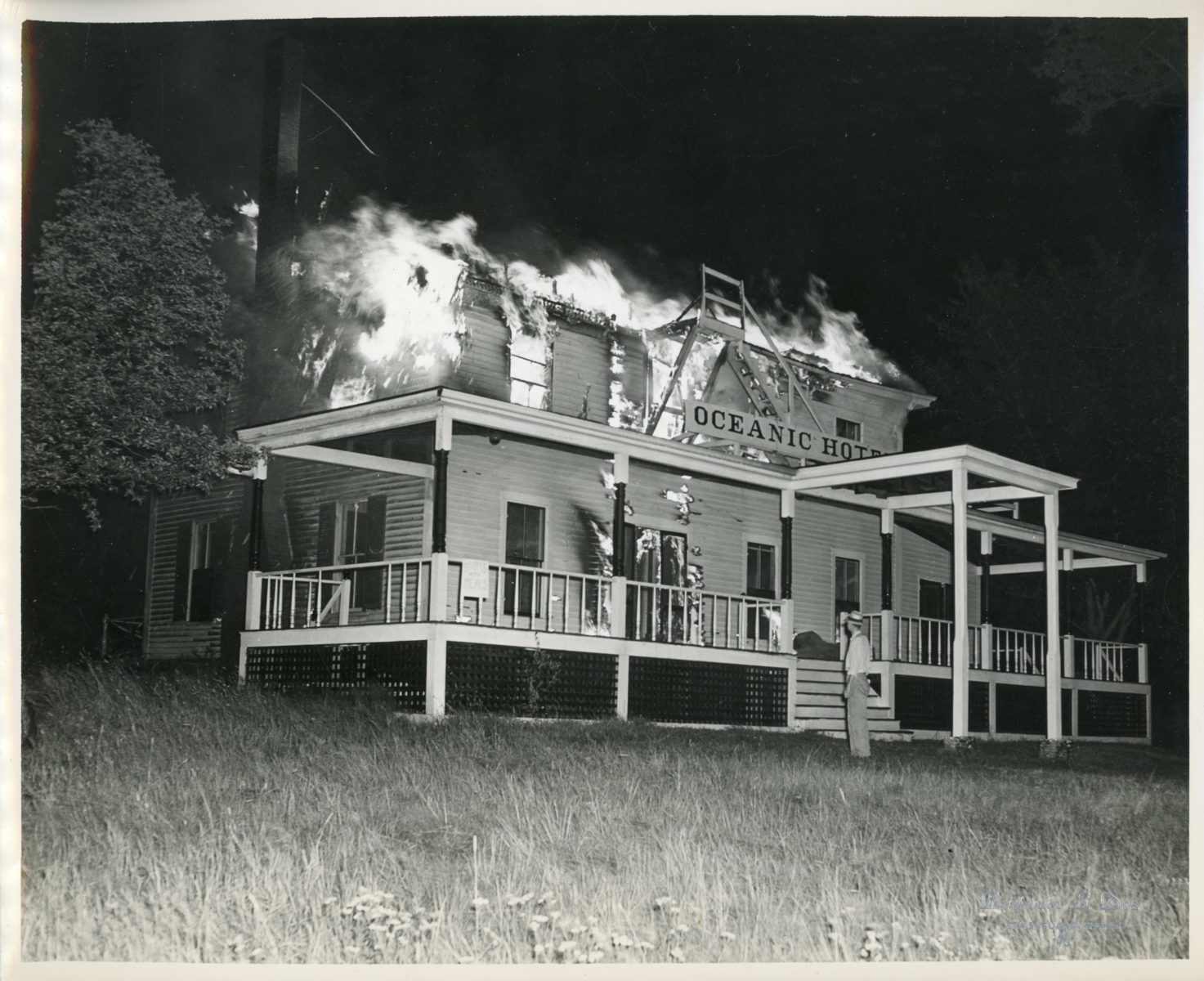 The post office fire on Peaks Island on June 8th got us thinking about the long and terrible history of fires on the island, and how they raised questions regarding islander’s access to utilities and public safety services.

Structural fires are always dreadful, but on unbridged islands they are particularly dire. Peaks Island has had more than our fair share, with major fires in 1893, 1899, 1915, 1918, 1934, 1936, 1949, and 1957. There was also a string of suspicious house fires in the late 1970s that alarmed island residents and led to the formation of an Island Services Division of the Portland Public Safety Department. 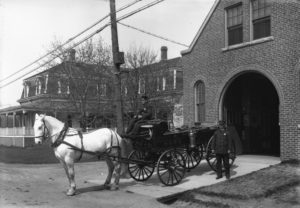 In the late 19th and early 20th centuries the water supply on Peaks was a hodgepodge of wells, pumps, and tanks that were often shared by multiple households. The expanding summer population overwhelmed the groundwater supply, and some people installed cisterns to collect rainwater, filtered by bags of charcoal to make the water slightly less brackish. 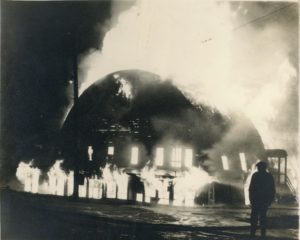 A fire station was built on the island in 1884, but firefighters weren’t permanently stationed there until 1910. The unreliable water supply hampered the efforts of firefighters when fires did occur.  After multiple brush fires in July 1899 spread out of control and destroyed the 150-guest Chapman House, the Daily Eastern Argus noted:

“The Island People are talking water with no uncertain sound.  They all say that it will not do to have their island burned up every year and several times in some years with nothing to put the fire out but the city fire boats.  There are places where these boats cannot reach with ten miles of hose, for the reason that the hose will not stand the pressure necessary to force water to the pipe.  There are a great variety of plans under discussion as to the proper method pursue.” 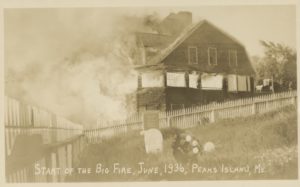 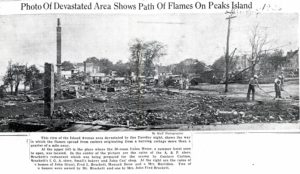 Fires repeatedly wiped out hotels, landmarks, and the amusement district on Peaks. The midway burned in 1915, and the Coronado Hotel in 1918. In 1920, an underwater main brought a reliable supply of Sebago Lake water to the island, yet the fires continued: The Gem Theater in 1934, 17 buildings around Forest City Landing in 1936, and the Oceanic Hotel in 1949. A large portion of the abandoned military reservation was lost in 1957. The economic impact on the business and property owners was ruinous. Very few hotels or tourist-centered businesses were ever rebuilt. 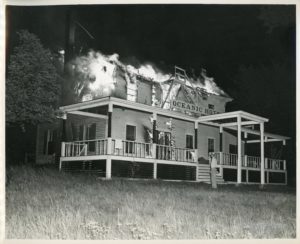 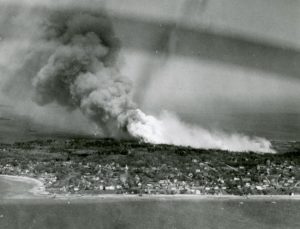 Luckily, times have changed. Our most recent fire was quickly extinguished by the Portland Fire Department. No one was injured, although the the building will need extensive repairs.

← Good Women, Noble Women: The National Association of Army Nurses of the Civil War
Civil War Reunions, “Seeing the Elephant,” and the Complexities of Reconciliation →