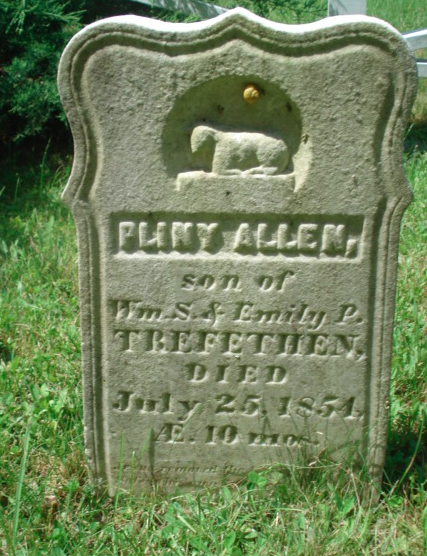 What is the difference between a graveyard and a cemetery? Read on to find out!

For a relatively small place (one square mile, approximately), Peaks Island has a lot of cemeteries, a testament to our long history of settlement.

The earliest is the somewhat awkwardly named Ye Olde Trott Burying Ground off Upper A Street. The Trotts settled on the island in the mid 18th century, and this was likely their family cemetery. Very few markers are still standing today. The only Trott gravestone remaining is for little Albert Trott, who died aged “19 months & 11 days” in 1842. The rest of Albert’s family is buried in the nearby Pond Grove Cemetery. Many graves were relocated to Pond Grove, and it’s a mystery why Albert stayed put, away from the rest of his family. 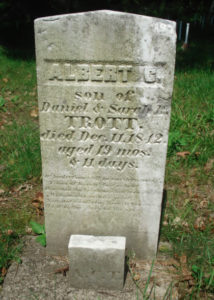 Brackett Cemetery is named after another early island family, and is beautifully situated on Torrington Point, overlooking House Island and Portland Harbor. The oldest stone here marks the grave of Patience Brackett who was born in 1774 and died in 1794 at age 19. Her stone carving is attributed to Joseph Sikes, who moved to Maine from Massachusetts around 1790.  One of the distinctive elements of his carving style are faces with hair surrounding them like a lion’s mane. This element appears on Patience’s headstone. This historic site is well cared for by dedicated volunteers from The Friends of Brackett Memorial Cemetery. 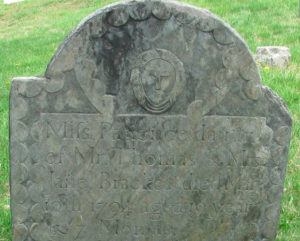 Trefethen Cemetery, founded in 1854, was the family burial ground for the Trefethen and related families. Located near Oaklawn Road, it’s tucked away and not easy to find.  One of the earliest stones here is for yet another young child. Pliny Allen Trefethen died in 1854. He was 10 months old, and a little lamb decorates his stone. Unlike Albert Trott, Pliny’s family rests nearby. 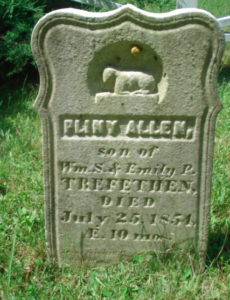 Pond Grove Cemetery is located near the end of Central Avenue. The land, two acres described as “almost pure ledge,” for the island’s largest cemetery was purchased in 1875 from Daniel Trott. Organized as a corporation, Pond Grove members paid $5 in 1881 to cover the costs of grading, fencing, and for each individual plot. The ledge solution was solved by mounding up the plots with fill, while leaving the walkways at the original ground level. The handsome iron gates were donated in 1923 in memory of Lt. Earle Randall, a Marine who was killed during training maneuvers in 1922. Designed with a series of concentric circles, Pond Grove Cemetery has a serene, park-like setting that holds nearly 400 graves, including some very recent ones. 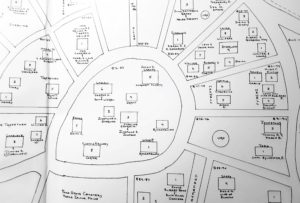 There are extensive records, including plats and transcription, for these cemeteries at the Fifth Maine Museum. Contact us if you’d like to make a research appointment to see them.