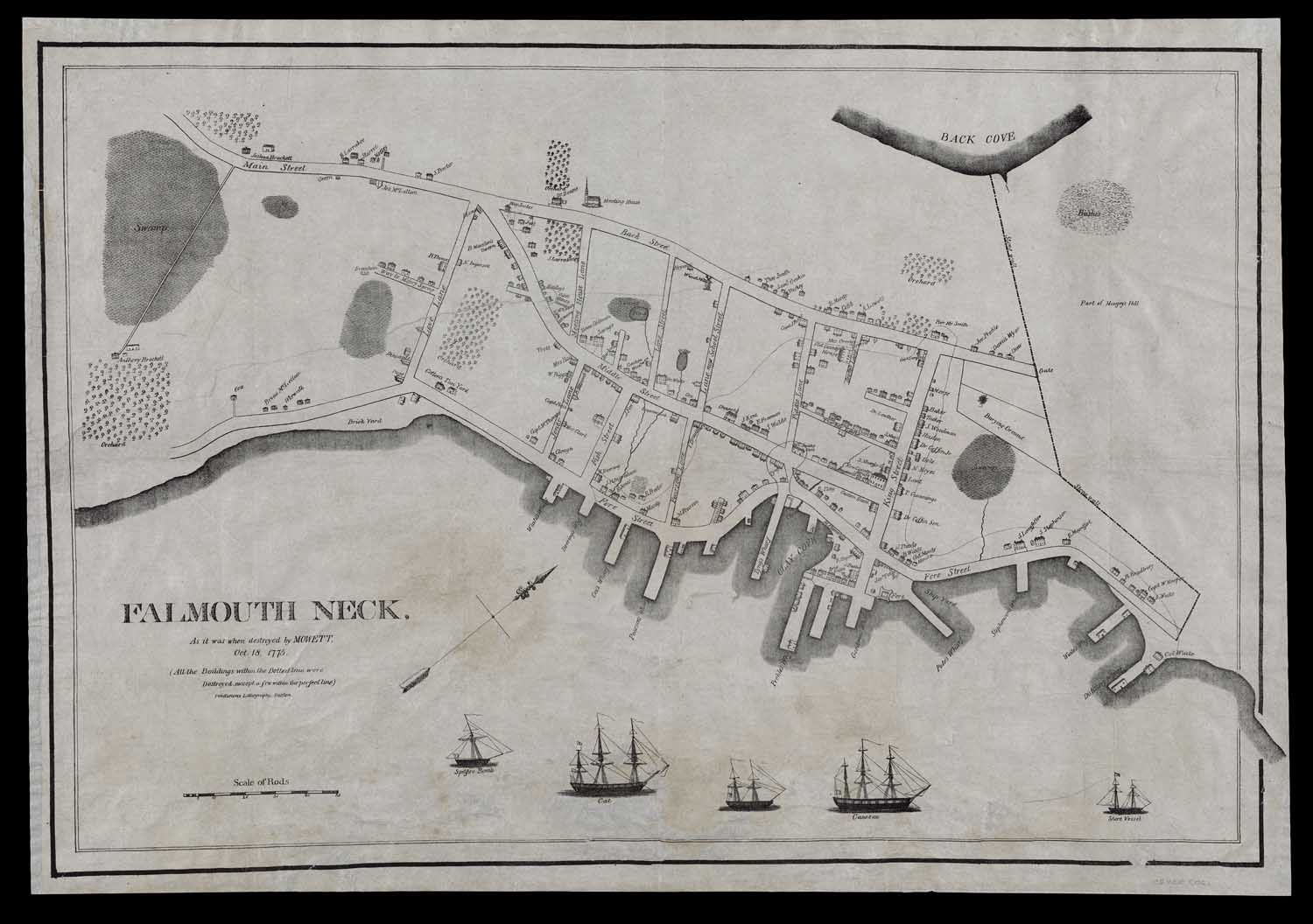 “A Scene of Perfect Desolation”

By 1700, Portland and the islands in the harbor were largely deserted. The Ango-Abenaki Wars raged on and off and any English settlers who straggled back to the area were driven off again. Fort Loyal, at the foot of what is now India Street, built to defend the area, was destroyed by the French and Native forces in 1690. The fort was not rebuilt – leaving the peninsula and islands unprotected, and therefore abandoned. Portland and Peaks Island were on the vulnerable periphery of the struggling British colony.

Europeans slowly trickled back into Portland, but Peaks Island remained basically empty of long-term inhabitants in the early 1700s.  In 1760, the English emerged victorious from nearly a century of warfare. The French were driven out of Maine, and the Wabanaki retreated to the north and east – the fringes of their previous territory.

“The island became the fruitful mother of lawsuits…” William Wills, 1865

The turmoil of near-constant war in Casco Bay was replaced by other aggravations that were less deadly, but still disruptive: access to land ownership.

In the early 1700s, a lengthy lawsuit over the title to four thousand acres of land revealed disputed ownership of both Peaks and House Islands.  This was not the first struggle over land on Peaks, nor would it be the last. These conflicts delayed re-settlement on the island, and upended people’s lives and livelihoods. Anthony Brackett wrote in a 1743 letter, “…do all that is needful that we may have the case tried at the superior court…by which it will appear that the island doth belong to the Mitton heirs; and I hope we shall overcome our enemies that try and take it from us.”

By 1760, Portland was a thriving seaport city. Three miles away, Peaks was all but deserted. In 1763, a round of legal wrangling resulted in Captain John Waite owning 2/9th of Peaks, and the Trott & Brackett families holding the title to the remaining 7/9ths. Almost immediately, these families moved to the island.

Growth was slow, and by 1775, there were a handful of houses on Peaks, mostly log shelters clustered near what is now the ferry landing. Capt. Waite lived in a more substantial structure on the north end of the island. Cattle and hay were sheltered on Peaks, which was common practice on islands up and down the coast. The British bombarded Portland in 1775, and the warships anchored in the Peaks harbor. A large portion of Portland was, once again, destroyed, but this time Peaks was not a target, although it must have been unnerving for the small group of residents, who also owned property in Portland. The Waite family losses exceeded £1000 – or over $200,000 today. 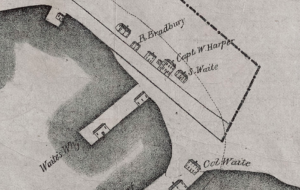 Tensions over property ownership cropped up over and over again on the island, and disputes – and lawsuits — between families followed. One particularly sad case involved Joshua Woodbury’s attempted purchase of land from the Waite family in 1838. While attempting to make the final payment, he discovered that most of it had been sold out from under him. Utterly distraught, he committed suicide soon after. His sister Thankful was said to dance with his ghost, according to a popular island tale.

← Wabanaki on Peaks Island
A Master and a Task for Life: Maintaining the Fifth Maine Regiment Memorial Hall →