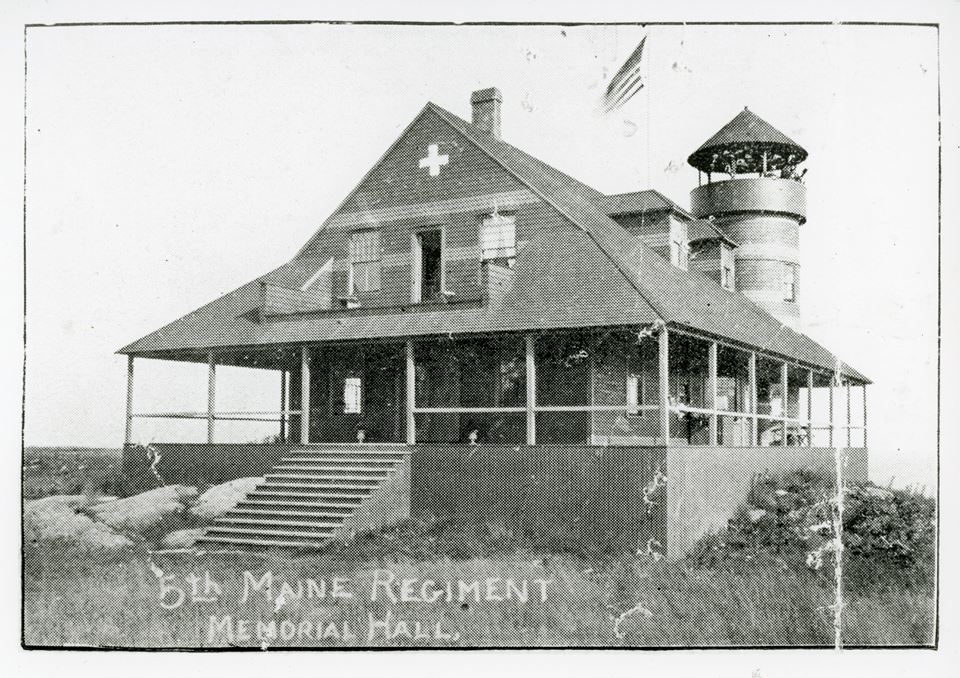 A Master and a Task for Life: Maintaining the Fifth Maine Regiment Memorial Hall

A man builds a fine house; and now he has a master, and a task for life: he is to furnish, watch, show it, and keep it in repair, the rest of his days.
–Ralph Waldo Emerson

The Fifth Maine Museum recently embarked on the exciting new project of creating a Historic Structure Report (HSR) for the 1888 Memorial Hall. A HSR gathers documentary, graphic, and physical information about a property’s history and condition, and is widely recognized as an effective part of preservation planning for notable historic buildings. As part of this effort I’m combing through 134 years of records to develop a timeline and chronology of significant construction and alteration work done over the building’s long history.

In a nutshell, this building has been a “task for life” for many generations of its caretakers. 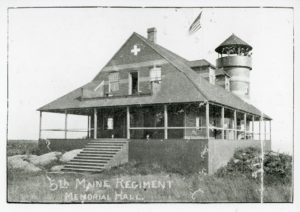 The Fifth Maine Regiment building shortly after its construction in 1888.

It’s notable how quickly the Fifth Maine was constructed. It took about four to five months from breaking ground in the mid-winter of 1888 to the building’s dedication in early August of that same year. Construction was the easy part –then came the maintenance.  And for a seasonal building located just feet from the Atlantic Ocean, there’s a LOT of maintenance. 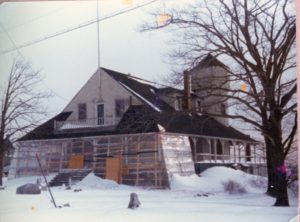 The wrap-around porch was enclosed for repair in 1978.

Window repair was continuous.  The kitchen moved around the building, and may have been in a tent in the yard for a while. The tower needed stabilization. The fireplace was removed. Different heating systems were installed and updated. The building was wired for electric lights in 1924, and electric renovations have occurred ever since. Porch railings and decking have been repaired and replaced repeatedly. Steven Walsh and Sean O’Gane weatherproof the porch so work could continue throughout the winter of 1978. They were participants in the Comprehensive Employment and Training Act(CETA) program.

New eras introduced different uses of the building. In the late 1970s, curators actually lived in an efficiency apartment on the second floor!

The caretakers have changed over the years. At first, the Fifth Maine Regiment veterans and their families maintained the building through the early 1950s. A “custodian” was hired every year, and in the 1920s and 1930s it was often a female relative of a veteran. Nowadays, a volunteer board of directors shares that role.  The building is a never-ending “master and a task for life” but it’s absolutely worth it to protect and preserve the Fifth Maine Regiment Memorial Hall for our enjoyment now, and indefinitely into the future. 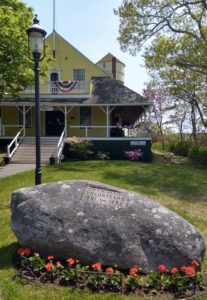