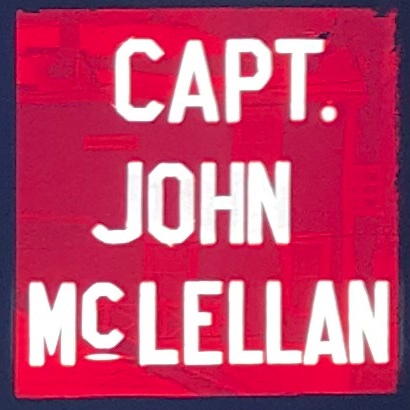 John McLellan was born sometime around 1840, as his military history records his enlistment as corporal on June 24, 1861 at the age of 21.

In Bicknell’s History of the Fifth Regiment Maine Volunteers, John McClellan is listed as having come from Casco. He served Company K, and was discharged from the ranks of the Fifth Maine Regiment on June 13, 1863, after being wounded at the Battle of Wilderness. He was consequently transferred, like many wounded soldiers, to the Seventh Maine Regiment.