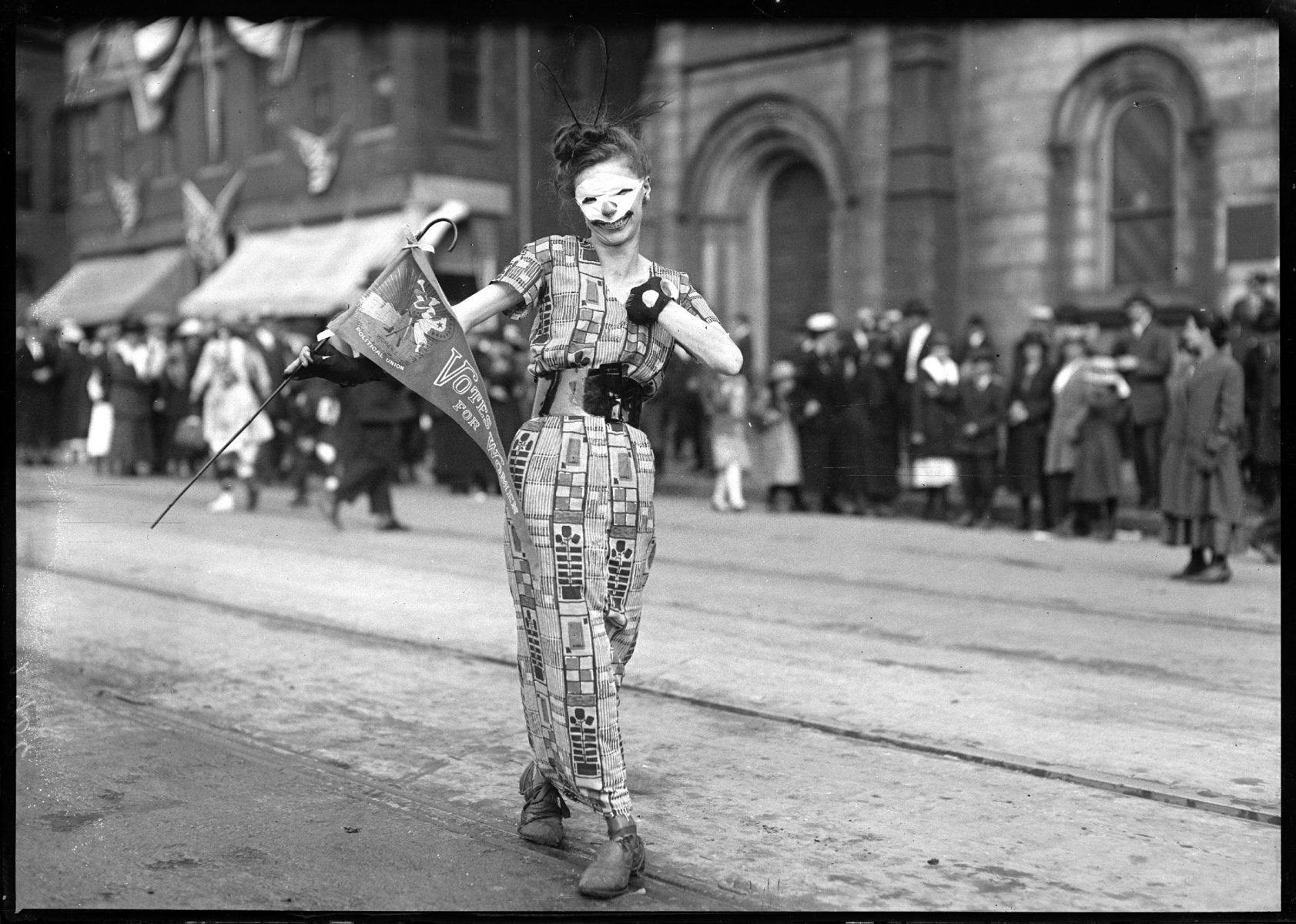 On March 15, 1820, Maine became the 23rd state as part of Maine-Missouri Compromise. The state-wide celebration of Maine’s 200th birthday – years in the planning – was upended by the COVID-19 pandemic. Many events are delayed until 2021. While we wait to mark the anniversary, we can look back to the centennial celebration of 1920, the last time Maine threw itself a BIG PARTY. 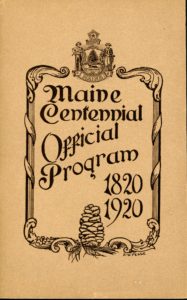 The Official Program of the ten day Maine Centennial celebration, 1920

And what a party it was! The official celebration occurred in Portland, although over 60 towns from Alna to Madawaska also planned local celebrations. Hundreds of events were spread over 10 days, from June 26 – July 5. Each day had a theme. 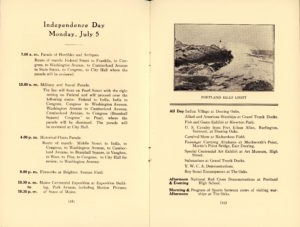 A sample of the events held during the Centennial in 1920, including parades with different themes.

June 26: Opening Day of the Centennial Exposition featuring goods made and sold in State of Maine.

June 27: Historical Day, including speeches by dignitaries at the First Parish Church.

June 28: Music Festival Day, with a 7am “salute of one hundred guns” in Monument Square, a parade, daylight fireworks, and concerts all over the city.

June 29: Exposition Day, including airplane rides, art exhibits, and “Allied and American” warships and submarines on the waterfront.

July 1: State of Maine Day with “Official Centennial Exercises” at City Hall, and a reunion clambake of all present and former members of the Maine Legislature on Peaks Island.

July 2: Maine Women’s Day and Mardi Gras Night, which featured fancy costumes, confetti, and dancing in the streets of the city.

July 3: Veteran Fireman’s Day with a parade of firemen, a firemen’s muster, a water carnival, and boat races. 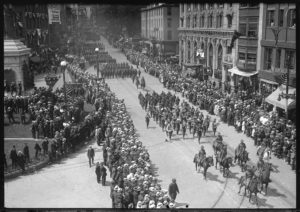 One of the many parades held during the Centennial Celebration.
This is likely the Military and Naval Parade held on July 5.
Bands from the Second Band Coast Artillery, British Calcutta, Japanese Kasuga,
Portuguese San Gabriel, and the band from the U.S.S. Utah participated in the parade,
as well as the band from the Third Maine Infantry Regiment.
(Collections of Maine Historical Society/MaineToday Media, courtesy of MaineMemory.net, item #40470)

One of the more popular ongoing events was the “Indian Village” in Deering Oaks Park, where members of Maine’s Passamaquoddy and Penobscot nations displayed their cultural traditions, including basket making. Another popular event was a display of what was described as a “national painting” of the Battle of Gettysburg, installed at J. R. Libby’s department store on Congress Street. 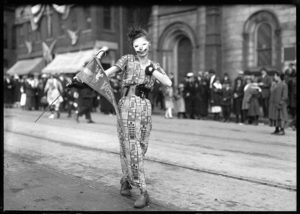 A participant in the “Parade of Antiques and Horribles.” This woman carries a pennant,
produced by the Women’s Political Union, proclaiming “Votes for Women.”
(Collections of Maine Historical Society/MaineToday Media, courtesy of MaineMemory.net, item #31527)

The Bicentennial Commission website https://www.maine200.org/ contains lots of information on the history of Maine statehood, and upcoming programming and events.

← Civil War Reunions, “Seeing the Elephant,” and the Complexities of Reconciliation
The Brick School: The Heart of Peaks Island →