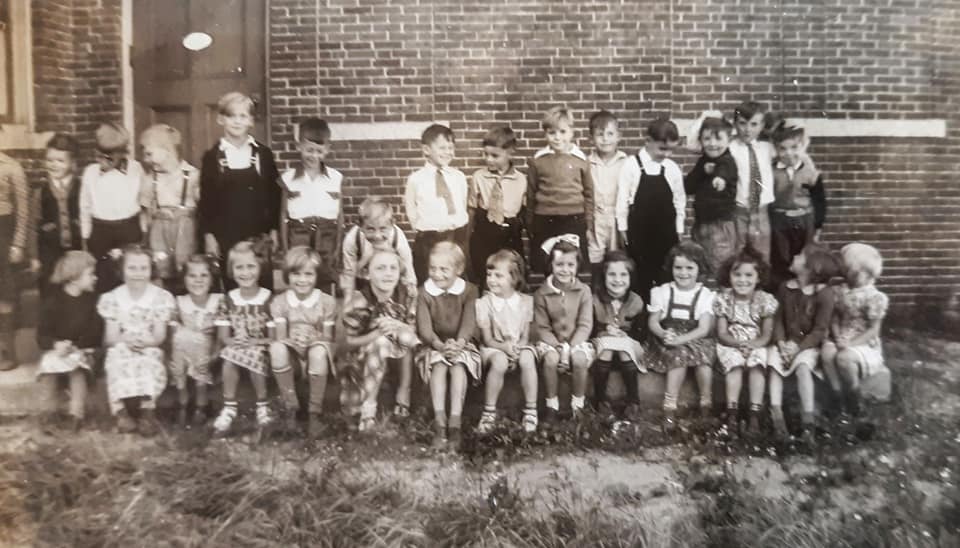 The Brick School: The Heart of Peaks Island

September means back-to-school, fresh notebooks, sharp pencils, and a bittersweet reintroduction of structure into many families’ lives. In 2020, the COVID-19 pandemic disrupted these rituals, and it has us thinking about how a school serves as a linchpin that holds a community together. 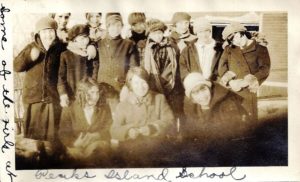 Some of the girls at Peaks Island School circa 1925

This is especially true on unbridged islands, where schools often serve the needs of the entire population, and not just the students.  They offer places for people of all ages to gather for pot lucks, concerts, craft fairs, and meetings, without the hassle, inconvenience, and expense of a ferry ride to the mainland. The gym, basketball courts, and playground give islanders places to exercise, and play with friends. 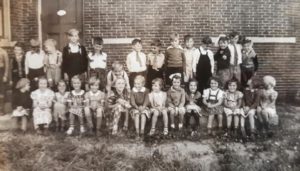 First and second graders on the first day of school, 1939

Education on Peaks dates to the 1820s, when lessons were held in a number of unlikely places, including, reportedly, a tavern! The first formal school building was built in 1832, and another in 1850. These facilities were widely thought to be inadequate to the needs of the students, and islanders rallied for a larger building. Peaks Island Elementary School (PIES), or the “Brick School” as it’s affectionately known, was built in 1869, making it one of the oldest school buildings in Portland.  It’s been renovated and expanded multiple times over the decades, and marked it’s 150th anniversary in 2019 with a big community-wide celebration. 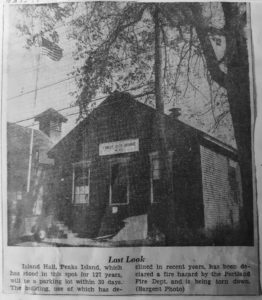 In 1832, the first Peaks Island School was built. It had many other uses over the years
before it was condemned and torn down in 1959. (Portland Evening Express, October 1959)

Island schools regularly face the threat of closure. On a spreadsheet, it can be hard to justify their cost given the relatively small number of students served. Time and time again islanders rally to support their schools, knowing that they are essential to sustaining a dynamic year-round population. When island schools close, it’s often the death knell of the year-round community. Peaks Island understands this, and have managed to safeguard our island school for almost two centuries. 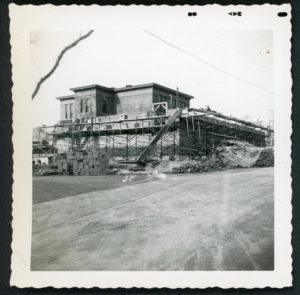 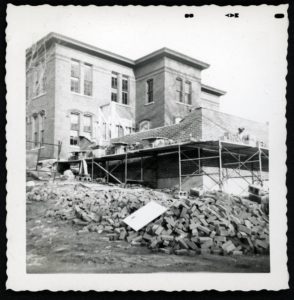