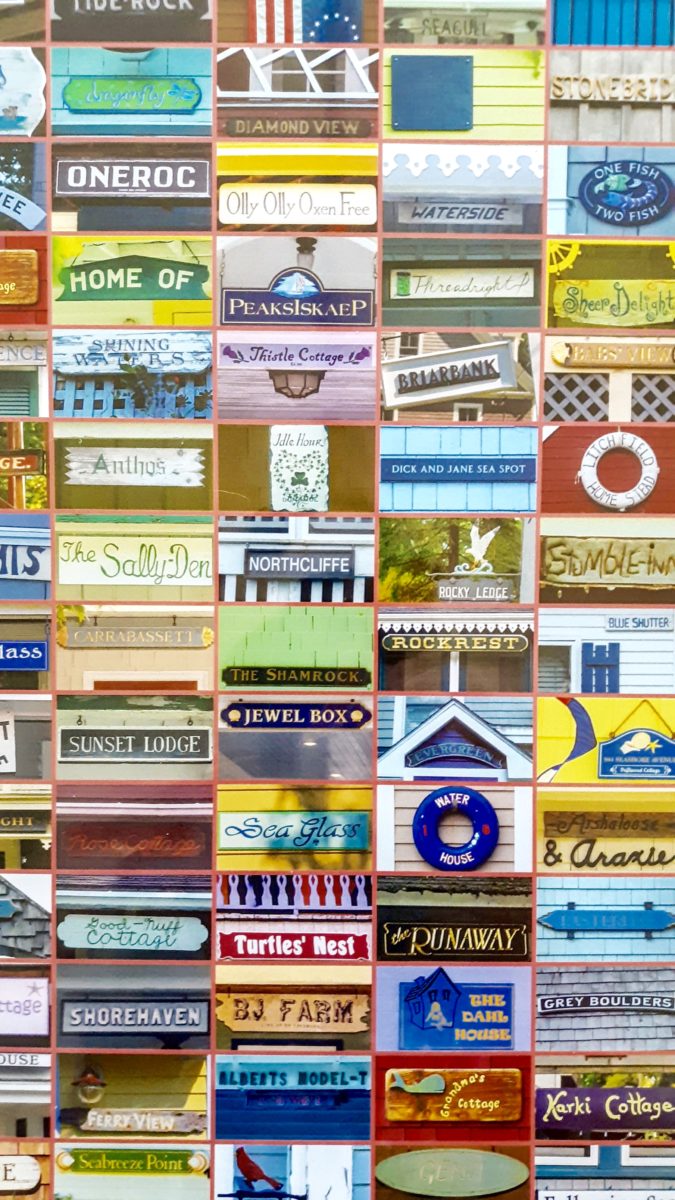 What do these words all have in common: Belle Arbre, Casa Loma, Chula Vista, Chinquilla, Kakoosak, Mecca, and Deostehgaa? Or Dab-da, Gilt Edge, Lambkin, and Chubby? How about Comet, Enid, Over There, and Snookums?

You might guess geographic places, or possibly names of family pets, but…no. These are just a few of the names given to cottages on Peaks Island in the late 1920s. 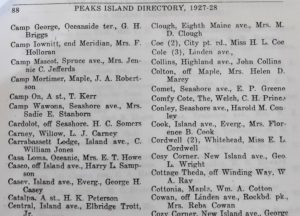 Naming residences has long been common practice in the United Kingdom, for both grand manor houses (think Downton Abbey) and for more modest dwellings. Often these names were in use for centuries, and even became part of official postal addresses.

The tradition arrived in New England early, and quickly caught on. When John and Abigail Adams moved into a home in Quincy, Massachusetts in 1788, they named it Peacefield, a name laden with meaning after the long and bloody Revolutionary War that had ended only a few years before, and had kept the Adams family apart for so long. By the late 19th century a fad emerged for naming vacation homes, such as The Breakers in Newport, Rhode Island, owned by the Vanderbilt family.

The tradition arrived on Peaks Island just in time for the cottage-building boom that began in the 1880s and continued through the 1920s. Peaks Island directories from that era listed the cottage name as the first part of the entry for each island resident! 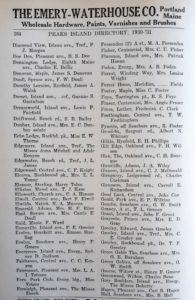 Some Peaks cottage names are nostalgic, others are sentimental, and some are cryptic. Many are humorous and lighthearted, employing puns or other wordplay. Some of our favorites in this category are Kumbac, Nevawanaquit, Oso Cozy, Uncle Tom’s Cabin, Hatetoleaveit, See-a-Sea, No Name, and Linger Longer.

All reflect people’s affection for their island homes. 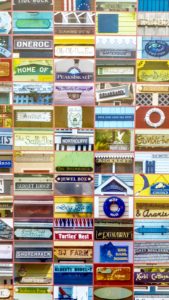 This Peaks Island cottage name poster created by Liz Rollins
demonstrates that naming cottages is still a popular past time!